Great Tales of the Peculiar 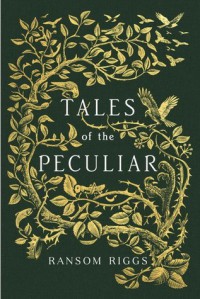 I swear if Riggs had included more stories like this in his trilogy I would have ended up liking the series a lot better. We get to read about tales that are put together by one of the characters we read about in Miss Peregrine's series. "Tales of the Peculiar" is supposedly written by a former Miss Peregrine ward, Millard Nullings. I don't know if you all know about him. But he was the character that was invisible. I would suggest reading the series before this book since there is not that great of an introduction before you plunge into these tales.

The Splendid Cannibals (5 stars)-Definitely a cautionary tale about greed in this one. I did like the story of a village of peculiars selling their body parts (they grow back) to cannibals who tire of eating rotting body parts. I did laugh though at the villagers trying to one up each other with how stylish their homes were getting.

The Fork Tongued Princess (5 stars)-I would love to read a follow-up story about this character. A gorgeous princess with a forked tongue and scales being treated like a monster by her father and her fiancee. When she is revealed to be a monster, she eventually has to run away to seek a better life. She at one point says that she is through with princes, and when you see what she is put through, you can see why. It though is ultimately a tale of forgiveness.

The First Ymbryne (5 stars)-We find out about these birds that could become humans and how they changed life better for the peculiars. I loved reading about how loops were discovered. This could have been a really cool pre-cool book for the series. But I actually like it better as a short story.

The Woman Who Befriended Ghosts (4 stars)-An okay story, it was fairly short I thought. I loved the idea of a young woman who could see and speak to ghosts. She gets a pretty happy ending too.

Cocobolo (5 stars)-I don't want to give anything away. But I loved this one! So original and I was worried about how it would end, but it ended happily. I think.

The Pigeons of St. Paul's (3.5 stars)-Another short one compared to other stories. I think this was originally in one of the books. I don't feel like looking it up. Okay story, but compared to the other stories, not as great.

The Girl Who Could Tame Nightmares (5 stars)-This one made me shiver. Plus we got an alternate ending which was straight up horror when you read it. Loved it.

The Locust (4 stars)-This is a tale about loving your peculiar children or bad things can happen. I liked the ending though I was surprised Riggs didn't give us another alternative horror one after the last story.

The Boy Who Could Hold Back the Sea (4 stars)-I thought this was a pretty cool story. A boy who could control the sea and all of the problems it brings him.

The Tale of Cuthbert (3.5 stars)-Only because I read this before I think in book #2 of the series and I already knew how it ended.

I found the illustrations to be beautiful in this e-book. I would love to see the gold lettering and illustrations in a hardcover. 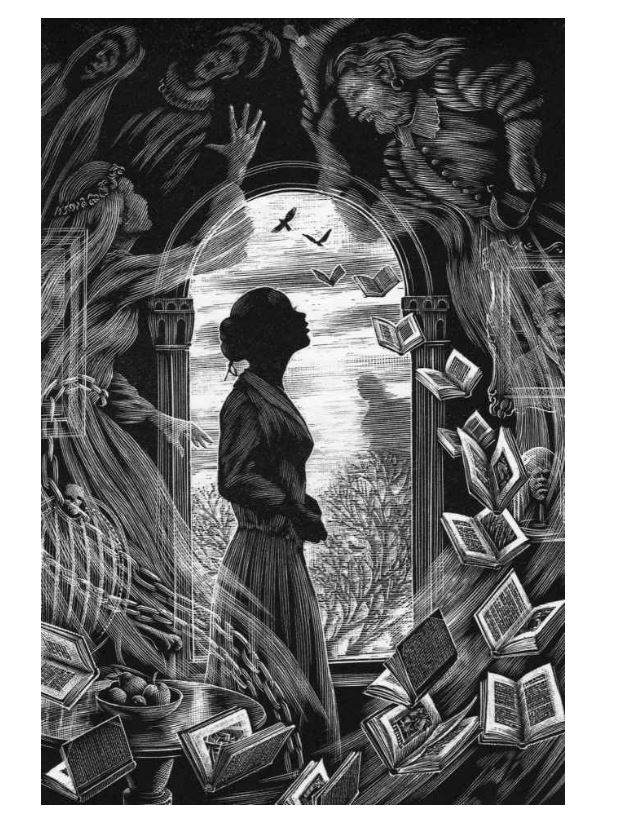 Loved this little trip back to Miss Peregrine and her children. 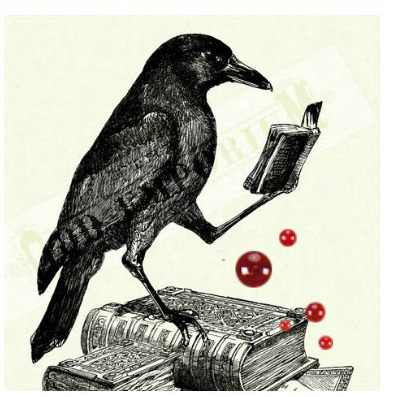