Close, but No Cigar 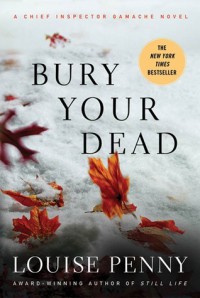 Ugh. So this book ticked me off. There were two major plots going on in this book that did not work well together at all.

Spoilers for events in book #5.

At the end of book #5, "The Brutal Telling" Olivier is charged with manslaughter when all signs points to him as the murderer of a hermit that lived hidden in the woods in Three Pines for more than 10 years. Olivier had been using psychological terror on the man in order to obtain art pieces and wooden carvings that the hermit made to sell for thousands of dollars. Olivier's long time partner refuses to believe that he committed the murder and sends Gamache a letter a day asking him why if Olivier was the murder, why did he move the body. Gamache recovering from a police shooting that left many people dead asks Jean-Guy to look into it for him since he is afraid that he missed something.

End of spoilers for book #5.

Gamache is hoping to regain his footing by staying and talking with his old mentor in Quebec City. Gamache is researching Samuel Champlain (he founded Quebec City). While conducting research, a murder takes place that has Gamache looking into a group that wants to find Champlain's remains.

I honestly wish that Louise Penny had either totally dropped the first plot (the re-investigation) or showed us the events that led to Gamache's leave. Or heck I would have been fine with him being on leave and doing research while helping out with the murder of the researcher with some flashbacks to the shooting. Having this mish-mash did not work at all.

The writing was all over the place in this one. I found myself confused throughout. I think it was because in one paragraph we would be in present day, past, or suddenly Gamache would be speaking to someone and you would have to figure out if he was really speaking to them or remembering something. I quickly figured out something bad happened and could even tell who it happened to as well (no subtlety at all in this one) so getting to that point just took a long time for me.

The flow was not great in this one due to the above writing I already mentioned.

The setting of Three Pines and Quebec City felt disconnected the whole time. Having Jean-Guy back at Three Pines with no one else but Clara to help him out didn't ring true either. Also Jean-Guy was more of a pain in this one than in previous books. I downright disliked him in the next one. Louise Penny has characters changing so quickly from book to book that it was difficult to get a handle on while reading.

The ending with the follow-up to Olivier's case rang hollow. Sorry, don't buy it and I rolled my freaking eyes when we find out who done it and the surprise in store for that person. At least book #6 was much better in my opinion.