First Book in Series is a Letdown; Keep With It Though, Book Three is Pretty Great 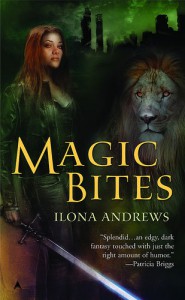 Yikes. I forgot how much I didn't like Curran or how Kate was portrayed in book #1. I really wanted Kate to take a fire extinguisher to his head and beat him to death. At one point he grabs her by the throat and tries to beat her cause she disobeyed him. How did I forget this??? The world building wasn't that great either. Things jumped around too much and did I mention I hated Curran? Like a lot.

"Magic Bites" is the first book in the Kate Daniels series. I know that I ended up reading this book back when I was in Iraq and I think I started reading the other two books after this while in Afghanistan and when I was permanently stay side. I don't know why I kept with them since the re-read brought back all of my disgust with the  first book in the series.

Kate Daniels is a mercenary who starts investigating when her guardian is murdered. Kate who resisted being part of the Order or Knights of Merciful Aid. Now she is taking on a job in order to see justice done. Bodies are piling up on the People's side (humans who navigate vampires) and Shapeshifters side (the Pack led by the Beast Lord Curran). Kate isn't doing a great job navigating that mess and also seeing about dating a random guy she meets named Crest.

Kate is  not the Kate that I am used to in this one. She stumbles around and tells people things they shouldn't know and or taunts them. She also seems to be a barely functioning alcoholic at times depending on the scene. We see glimpses of the Kate we are used to when she's working along side Derek or using her knowledge to fight. We don't know what secrets Kate has, but it seems big enough for something big and ugly deciding that it plans on taking her against her will. We know that her guardian and his ex-wife were close to her father and mother. But then again a lot of things said in this book doesn't match with what I know now, so part of my brain started to hurt trying to track all of this.

Curran is an asshole. He purposely tries to intimidate Kate, puts his hands on her, and then accuses her of liking attention when she refuses to do what he says. I wanted someone to beat the mess out of him.

I also hate how in the end he's the one that takes out the bad guy.

The Derek in this one sucked. He tells Kate that she needs a stronger man to tell her no. And talks about how not pretty she is. How did Kate not murder everyone?

We get our first glances at Mahon (who is not written consistently I am seeing from this book through the rest of the series) Jim, Dr. Doolittle, Ghastek, Saiman and others. And even Kate's reactions with these people isn't how we have seen her in the books in the rest of the series. Mahon is freaking reasonable which made me laugh. Dr. Doolittle si the same though at least in personality so that was nice to see. I still don't like Jim, but that's nothing new.

The writing was just okay in this one. Not a lot of things make sense due to the world building not being that clearly defined. We had dialogue, a murder mystery, and then you would read about power words and wonder where did they come from. I think the biggest issue is that Andrews hid stuff from the readers that made it hard to know what was going on with Kate and why Curran was so interested in finding out.

The ending has Kate on a slightly new path with her being a friend of the Pack. I would have passed on that last thing. 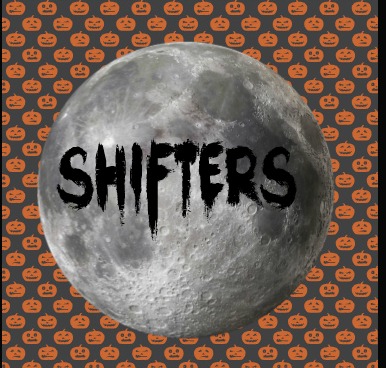