A Look at Media and Zombies

Not going to lie, this book is really hard to get into. There were way too many information dumps and reading about ratings, bumps, etc. with regards to Georgia and her partners (her brother Shaun and their friend Buffy) blog/news organization was boring to read about. Also reading about the different people involved in the business calling themselves Irwins and different names was a bit much after a while.

That said, Grant did a good job with the slow build to characters. We find a world that had to go on after two scientific breakthroughs caused zombies (the infected) to walk among us. And I like how Grant shows how the world goes on 20 years after the fact. We still have elections, people still want to go out and have dinner. It does seem a lot of people gave up red meat though (we find out that the virus can survive in animals over a certain weight limit). The ending should have been cut though at a certain point (no spoilers) to give it more weight in my opinion though. I know that there are other books in the series, but one wonders what they would continue to speak on after this first book.

Georgia Mason and her brother Shaun go out and blog about the infected that have been inhabiting the world for a good 20 years at the start of this novel. Shaun is reckless and she's concerned that he's going to end up dead sooner rather than later since he takes a lot of risks. We get a slow build to the fact that Georgia and Shaun were adopted by the Masons after the death of their biological son. Their parents are cold and don't really give a shit about these two, only using them to bump their ratings up with their blogs opining about family and living in an infected world.

When Georgia, Shaun, and their partner Buffy get picked to follow a Presidential candidate on the campaign trail they think they have hit the big time. Instead, they come across a deep and disturbing conspiracy that can have repercussions not just for them, but the for the U.S.

Georgia is cautious, sarcastic, and determined to always report the truth no matter what. One thing that I enjoyed was Grant providing us excerpts from Georgia and Shaun's blog while reading. I even started to enjoy Shaun after a while once you get past the he's an over eager frat boy type character. Shaun loves Georgia and she loves him and they really would die for each other. We find out through their interactions how much they depend on each other. I can see why though when you realize what cold fishes their mom and dad really are.

I liked the other characters too such as candidate Peter Ryman, Buffy, Richard, Steve, etc. Grant's book is lengthy (593 pages) so you do spend time getting to know characters and guess at their motivations while reading. You're heart breaks a little bit too with some of the characters that you don't spend anytime with, but you hear about such as Ryman's daughter.

The writing was very exact. At times I felt like I was reading a scientific journal. No, Kellis-Amberlee doesn't exist in our world, but I can imagine a world that could create something like this that would spiral out of control. The flow though was not good (one reason why I gave this four stars). The book drags in way too many places that after a while I started wondering where Grant was going with things.

The world-building felt very exact, though I hate how many information dumps are in this book (be forewarned) since after a while I went okay so that's one more new thing I didn't know. I don't know a way that information can be imparted to the reader without it reading like well now so and so character has told us that cats can't catch Kellis-Amberlee cause they are below the weight threshold limit. Or so and so makes mention about how many people have retinal issues due to Kellis-Amberlee. Or that the loss of memory is one of the last things that happen before Kellis-Amberlee takes over and you fully become infected. See, that's boring right? So a little less of that and this could have been a five star book.

I thought the ending (at least the true ending in my mind) was mind-blowing and heart breaking. The book limps on after and I wasn't feeling it (another reason why this is just four stars) and I have to say that the rationale behind why things popped off the way that they did was a stretch to me. I didn't really buy it and it wasn't that compelling to me. 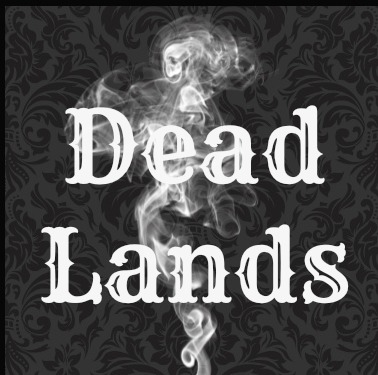