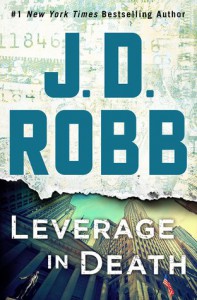 I think for the most part the mystery aspect of the book was good. For once you couldn't figure out who done it until the very end. It also made sense why Roarke was involved with this one. However, the nonsense with the Oscars and Eve somehow being able to beat down a former military guy who kept himself in shape by saying her training with the master is what helped her made me irritated and also laugh. Oh wait, I have to laugh again cause Roarke with one punch was able to knock him out cold.

"Leverage in Death" is book #47 in the "In Death" series by JD Robb. It's been a few weeks since the events in the last book. And now apparently it has to be February/March since the Icove Case that Nadine adapted into a screenplay is now up for Oscars. "Leverage" starts off with a man, Paul Rogan, who walks into a conference room and blows himself and others up. At first it seems that Rogan had to be a disgruntled employee, however, Eve and the rest of her squad quickly find out that someone forced Rogan to do it, under duress. When Eve starts pulling back the layers on this case, another one pops up with a fear that even more people out there are going to be harmed in order for the perpetrators to make a killing by those who are harmed/killed.

The perpetrators on this one were not easily picked out while reading. There are a lot of suspects in this one and a lot of characters. We get enough information about everyone involved that you are going to have some type of feeling towards these people. Also thank you for once not having vulnerable women raped. It felt like every book in this series lately has had that aspect of that included, and I didn't miss it one bit.

I also loved the what if aspect of this case. What if you were told your family was going to die if you didn't do something horrific in turn. Could you, would you do it? I loved that Eve and Roarke had that conversation.

We get to immerse ourselves more into the world of the e-geeks and I loved that Feeny calls all of his people boys. I cracked up at Callender giving him grief over that.

And it was nice to see Baxter and Trueheart more in this one too. Baxter even gets to be alongside Eve when she goes into the box to interrogate the suspects.

And for once the fight didn't work my nerves on this one. FYI, I was totally on Roarke's side on that one.

Now here comes what annoyed me/took me out of the book.

So even though we have some people hell-bent on blowing people up, we can't forget for a second that Peabody and McNabb deserve to go to the Oscars for reasons and then we have a whole stupid subplot about them still being allowed to go though the perpetrators were not caught. At least we didn't have Peabody acting like an ass like she did during "Kindred in Death" when she kept talking about how an active murderer who was raping people needed to be dealt with and arrested prior to Charles and Louise's wedding otherwise true love would die.

Speaking of Charles and Louise, they are barely in these books anymore. We have a throwaway line how one of the crime scenes is near their place.

The whole thing with the Oscars was maddening enough, but now Robb is setting it up that we are now going to be hearing about the next movie in the series soon since Nadine wrote a great manuscript and I maybe rolled my eyes a million times. And then somehow Mavis was up for an Oscars for Best Song and this is the first time it was mentioned. I really wish that Robb had never included that whole movie into her books and now it seems like we are being told there's at least two more coming out.

I also can't get over how Eve can beat a male suspect who outweighs her and is taller than her in hand to hand. I would rather forget that Roarke bought her sessions with the master and all that.

Mira continues to just be there to be Eve's Greek chorus. If she's not actually going to be doing profiles that disagree with Eve and or Eve being wrong once in a while, I have no idea why she is even used. 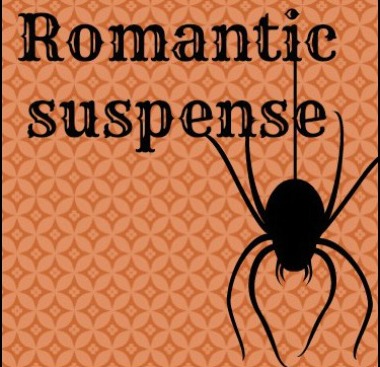