He Was A Good Dog 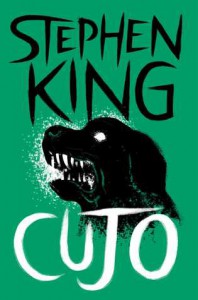 I read Cujo when I was in my teens, but not a lot stayed with me I think because I ended up skimming a lot. I think I was freaked out by some of the things in this book (a man talking easily about raping a woman, another man beating his wife, etc.) and it just caused me to not look too closely at this book. However, this book is old school and somehow still King in his later works. He takes a look at a town, it's citizens, and shows you how things unravel. He is still quite good with kids (oh Tadder). And he plays with a lot of different things in this books, growing up, resentment of parents for children and vice versa, affairs and the aftermath. Through it all though we have a dark energy in the town that wants to be released. I am still amazed that anyone would continue to live in the fictional town of Castle Rock and all of the messed up things that keep happening there.

"Cujo" follows a good dog who unfortunately gets bit by a bat that passes along rabies. The majority of the book follows the countdown to Cujo turning from a good dog to a dog from hell and we get to read (witness) the killings he does. King doesn't just focus on Cujo though. We get insight into Cujo's owners, the Cambers family (Joe and Charity, and their son Brett) and their messed up dynamic. I maybe cheered when a member of this family get killed. Not going to lie.

We also follow the Trenton family (Vic and Donna) who are newcomers to the area, who are raising their four year old son Tad. We get hints that something is up with Donna fairly early on, but then we dive into it more fully and find out that Donna has been having an affair with Steve Kemp. Steve is a failed tennis player and now plays at refurnishing furniture. When Donna sees him for who he is one day, they have an almost violent encounter which leaves Kemp out wanting revenge on Donna.

We also get peeks into residents of the town of Castle Rock. We follow Sheriff George Bannerman, an elderly resident, the mailman, etc. We also get some looks into infamous Frank Dodd who was in "The Dead Zone." The parts with Dodd reminded me slightly of magical realism elements.

I think King did a good job of balancing what was going on with Cujo and others in this story. This story seems to be a tale of wives in my mind though. We had Charity dealing with the fact that she chose the wrong husband. Joe is crude and brutal with her. And often with their son Brett. She is scared that unless her son breaks free from Joe, he may end up being the same kind of man. When she gets the opportunity to visit her more well to do sister, she jumps at it hoping she can show Brett a different way of life. Things come to a head with these two while away with Charity realizing that her sister has changed, and though she's well to do, still acts as if she is poor.

Donna realizes that she was too dependent on Vic making her happy and that her falling into an affair with Kemp was a bad idea. When Vic is told about the affair (via a letter sent by Kemp) they have an honest conversation with Donna realizing that she can't really explain what happened or why. She wants to try again and realizes like many do after an affair has passed it was a terrible idea, and it doesn't mean she doesn't love her husband. Watching Donna becoming a super woman in my mind when she finally goes toe to toe with Cujo was astounding. I was holding my breath the whole time.

Kemp was a psycho or at least want to be rapist. I kept hoping that somehow Cujo would teleport himself to where he was and bite him. No dice though.

Vic was okay. I didn't get much of a sense from him in this story. Just a good man trying to do right by his family. King gives you the sense that these two went on and healed, but you don't know since they don't get mention in his other works.

The writing was really good. The flow was too though at times you feel as if the book just stops at an important part and you want it to continue on so you can get back to Donna and Tad in the car, or the police and others figuring out where they are so they can get help.

The ending was sad in a way. We end on what happens to Cujo and his desire to just do right for his man, his woman, and his boy. And that it wasn't really his fault what happened. 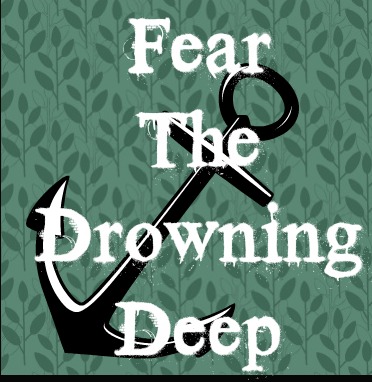