Counting this towards Mawlid An-Nabi because it has a green cover!

I read this book four times over the holidays. It was so good! Why didn't we get more Superintendent Battle books?! I don't know what else to say, but prepare for a glowing review.

So "Towards Zero" starts off with a retired lawyer Mr. Treves notes something odd when he reads something and is off somewhere unknown. An unknown figure hatches a plan and laughs. A man is hospitalized after a suicide attempt. And then we have Superintendent Battle going to his daughter's school to deal with an accusation of stealing. This plays into the later part of the book, but I loved Battle calling the teacher out for filth before departing with his daughter.

Then the book moves to follow Nevile Strange. Nevile is newly married to a second wife (Kay) and they are making plans to visit his former guardian's widow, Lady Tressilian. Lady Tressilian loved Nevile's first wife Audrey, and Kay is arguing against visiting her. When it comes out that Audrey suggested that they both visit Lady Tressilian in September (during her normal visit) Nevile is happy that they can maybe finally be friends. Kay is angry about the visit and exclaims that Audrey still wants Nevile.

The book countdowns to September. We don't know what is going to happen, but we have a lot of people afraid about Nevile coming together again. Christie introduces other characters into this, Mary Aldin who is Lady Tressilian's maid. And Thomas Royde, who is a childhood friend of Audrey's.

When all parties come together at the house, we get scenes of jealousy, anger, and the feeling that someone is plotting something. Of course we get a sudden death and another death that is definitely murder. Battle is on the scene due to vacationing, and he helps out his nephew Inspector Leach on the case.

I loved all of the characters, even the ones that you are supposed to despise because of the way that Battle paints them. Nevile seems foolish and is hung up on Audrey. Kay is jealous and shouldn't have married him at all. Mary Aldin I thought had a keen eye for human behavior and I liked her and Thomas Royde's interactions together. I am perplexed by the character of Mr. Treves though. If you think someone is a murderer, how are you going to just announce it to said person (in a room of people, but still) and think that is going to go well for you?

When the murder occurs, all signs points to one person, but Battle quickly unearths that it can't be this person and starts to slowly peel away who the guilty party is. I loved how Battle references Hercule Poirot too which cracked me up.

The writing was good and the flow worked. I did have to go back and re-read a few lines here and there because I got a bit confused when we read about what the murderer did. That said, the book was really good.

The setting of the book is primarily Gull's Point near Saltcreek. I wish that Christie had included a drawing of the home and rooms, because until the reveal, I was still perplexed how the murder took place. It was definitely a case of tricking the mind in this one that could have worked out, if only.

The ending was a bit much though. I know I gave this 5 stars, but the ending made me roll my eyes a bit. I just felt like saying, really to one of the characters and hoping for the best for them. 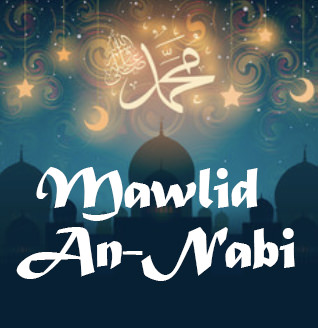