Ehhhhh Okay Stories for the Most Part-24 Tasks 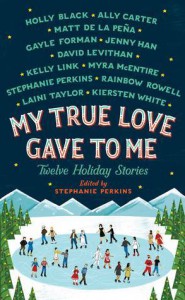 Per usual, some stories were delightful, some were good, and some were just okay.

Midnights by Rainbow Rowell (5 stars)-Wow. This one was a great set-up for the anthology. We get to read about two teens New Year's Eve through the years. You get to see their friendship turn to something more.

The Lady and the Fox by Kelly Link (2 stars)-This felt endless. I liked the idea of a curse keeping a man from being part of our world unless it snowed on Christmas every year. But did anyone else get squicked out that the main love interest met this dude when she was a kid and he sees her grow up? I just could not.

Angels in the Snow by Matt De Le Pena (2 stars)-I just didn't like the writing style in this one. Sorry. It felt broken up and I like I was missing something.This story actually caused me to put this down for a while since it just totally took me out of the wanting to finish anything.

Polaris is Where You'll Find Me by Jenny Han (5 stars)-Teen elves getting ready for the Snow Ball at the North Pole and a human called Natalie who has an interesting relation. I maybe laughed with delight with this story. It was so cute. And I could picture it in my head. I also thought it was super cute that elves don't really like to receive gifts, they by nature like to give things to other people.

It's a Yuletide Miracle, Charlie Brown by Stephanie Perkins (3 stars)-We follow a character named Marigold Moon Ling (that's a mouthful) who is staking out a Christmas tree lot over a boy. Look, unless this guy looked like Chris Hemsworth I don't see it myself, but to each their own. This story dragged for me after reading the one prior to this.

Your Temporary Santa by David Levithan (3 stars)-Ehh, okay, didn't really thrill me. A Jewish guy pretends to be Santa to help out his boyfriend. It just....it made zero sense to me. I maybe felt uncomfortable for this fictional character. It just....no. I did laugh at him explaining how his parents told him that yes Santa did exist, but he had too much to do and couldn't stop at their house. This just didn't really seem realistic with this character dressing up as Santa for her boyfriend's younger siblings. Levithan can spin a tale though so I did laugh a few times while reading this.

Krampuslauf by Holly Black (2 stars)-People dressing up like Krampus. The author also gives us some info dumps on Kraumpus. I get it, you have to explain it since this is a short story and many people may not know who this is. That just took up a lot of time setting the story though. This book also deals with ugliness among teens too. There is slut shaming (not by the main character) and she is dealing with things trying to help a friend. Just not very joyous in my mind.

What the Hell Have You Done, Sophie Roth? by Gayle Forman (2 stars)-Story dealing with a main character, Sophie Roth, and her freshmen year of college. This one is actually fairly short and I just didn't care about Sophie and her love interest.

Beer Buckets and Baby Jesus by Myra McEntire-(1 star) I can't even recall this one. And I refuse to look it up.

Welcome to Christmas, CA, by Kiersten White- (2 stars)-I just recall thinking it was hilarious there are many towns in the U.S. called Christmas. Other than that, didn't feel engaged with this one either.

Star of Bethlehem by Ally Carter (1 star) A girl switches tickets with someone called Hulda because she doesn't want to go and meet her boyfriend (Hulda doesn't) and then she pops up and meets Ethan (Hulda's boyfriend) and he kisses her and my brain went wait did they switch bodies? He should know it's not her? And then I stopped caring. Believe me the why behind this mess is so dumb.

The Little Girl Who Woke the Dreamer by Laini Taylor (3 stars)-Apparently it's custom for young men to leave gifts for their sweethearts for the 24 days of Advent on the Isle of Feathers. Shrug, yeah, I don't know why either. This story follows a character named Neve who doesn't have a sweetheart so she doesn't expect gifts. Just an okay story. Not a strong finish to the anthology I thought. 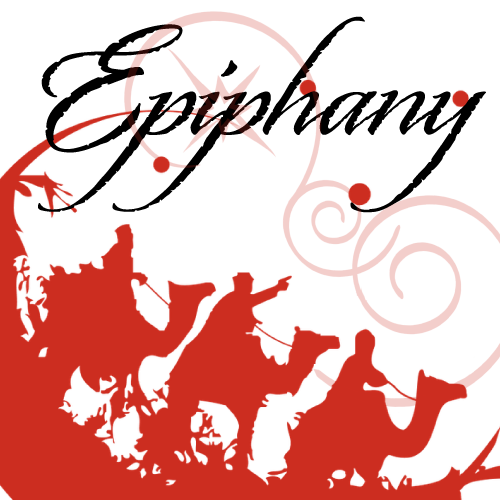