A Great Deliverance Packs a Punch 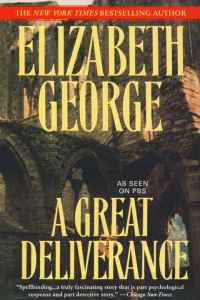 Wow. Just wow. So going to say first off that this book starts off slow. I found myself getting bored with Inspector Lynley and with Havers. Lynley felt too distance and Havers started driving me mad with her self-sabotage. But the more we get into the case that has them in their grips the more I wanted to keep reading. It took me getting to almost 40 percent though before I became seriously engrossed in this one. The characters we are introduced too had me wanting to know more (Lady Helen, Deborah, St. James, etc.) and we know that there is more of a story than the one that Havers wants to believe. We also have the mystery that takes a while to unfold. The ending shocked me and I loved Lynley for being an avenging angel, at least in words.

"A Great Deliverance" follows Inspector Thomas Lynley and Detective Sargeant Barbara Havers as they go to investigate who decapitated a man living in Keldare. Though the man's daughter is accused of the crime many say that it's not possible that she did it. So Lynley and Havers start combing through the dead man's life and find out that there are a lot of things that don't add up.

So I really liked Lynley after a while. George starts off giving you Havers impressions of him and the rumors, but you start to realize that what you think of him doesn't really add up. And the same goes for Havers. She seems hell-bent on ruining her reputation and forever being in uniform. She has good instincts but is reluctant to let anyone in. She believes she was given a second chance with Lynley since she's so unattractive he would not try anything with her. Though Havers resists at first, she and Lynley actually work very well together.

The secondary characters are wonderful. I loved the characters of Deborah and St. James and I wish we had gotten an inkling on how they wound up together. Lady Helen is great and though I thought at first she was in love with Lynley, it does not appear to be so. They seem to be very good friends though so I wonder if she will show up in future books. Though we don't get to really know much about Roberta Teys (the woman accused of murdering her father) we do hear a lot about her via other characters. I can't get into much without spoilers, but definitely enjoyed how George had that character revealed to not only Lynley and Havers, but to readers just via the surroundings that Lynley and Havers observed and what was told to them.

I did enjoy the main plot in this one and how George lets the story sit with you and then little kernels are thrown out here and there until the final reveal was very well done. It felt a bit like Louise Penny's older Inspector Gamache books.

I did enjoy the writing. George does set a scene. I could picture everyone in my mind and the setting of Keldare very well. The flow was hard going though. It was a bit tough to get through the first 30 percent of this book. I found myself getting bored here and there and wanting to just DNF it. I am so glad I kept up with it though. The secrets that start to unravel, the things we as readers are able to find out are great. I do like the fact that we are privy to some aspects of Lynley that Havers is not.

The setting of Keldare at times felt wonderful and then oppressive depending on where Havers and Lynley were. The old farmhouse gave me the creeps as did several places where the characters traveled. You get why later on in the book though, but I did love the atmosphere that George presents.

The ending was wonderful and I think I would have had words with [redacted] too. Definitely going to check out the second book in this series when I get a chance. 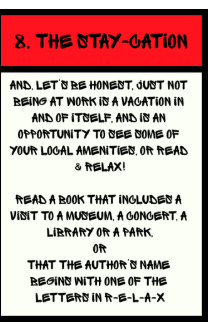